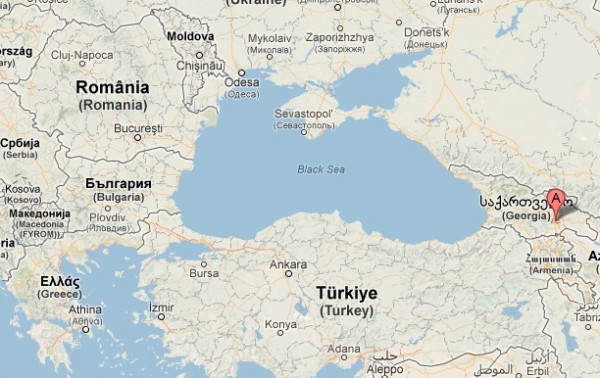 What do you know about winter in Georgia?

May be you know something about Georgian Breathtaking mountains, cave towns, cradle of wine, exotic cuisine, dances and songs, cultures where ancient traditions still live, where friendship and respect are essences of mentality, where guests are always welcomed.Moreover, with this project you have opportunity to be a first Aegeean who will discover winter  in Georgia.

Our project (Winter University) will be held in Gudauri.  Gudauri is a mountain ski resort situated on a south-facing plateau of the Greater Caucasus Mountain Range in Georgia, 2,200 m above sea level. Its skiable area enjoys the maximum exposure to the sun, which makes Gudauri a magnificent all-year-round people’sdestination. The winter slopes of Gudauri offer facilities for skiers of all types and abilities. Runs are suited to beginners, snowboarders and professionals alike. The total length of skiing lines constitutes 19km. The longest line in Gudauri is 5 km. Gudauri has a total of 22 trails, which is 1 trails more than the average for all Ski Resorts. The trails are 50% of the easiest variety, 45% more difficult, and 5% most difficult. Many free rides make Gudauri the best place for skiing. Would you like to enjoy with this miraculous place? Is it enough to drive you crazy?

If it is not, In addition to this wonderful place, we are offering you crazy subject of the project, which is called  ’’Tsangala da Gogona ’’. It is Georgian national easy song and we will have song workshops in a funny and pleasant ways. Trust us after few days you will be first Aegeean who will sing a song  from Georgian mountains .don’t hesitate and remember that it does not matter if you are professional singer or not, because everyone can follow Georgian rhythms .As the legend tells:

Long time ago, in the southern slopes of The Greater Caucasus Mountain in Georgia lived star-crossed lovers, none of them was able to live together as their families where in hundred years conflict with each other and it was thought that the person who will reestablish relationship with the member of other family will be cursed forever and their souls will never find peace.

Tsangala was a young boy who lived on southern slope of the mountain and beautiful girl called Gogona lived on northern Slope, during the whole year they had a single chance to meet , in February when the Winter Festival was held in the Village Gudauri, that was between this two mountains.

Every year for only one week they were able to meet and express their feelings and emotions in dancing and singing. During the last eleven month they could only reach each other by screaming their names »Tsangala…Gogoonaaa…Tsangaalaaa…Gogoonaa….» and mountain echoes were the keepers of their secrets and the only witnesses of their love.
One winter when they finally decided to run away from the mountains and live together they came down in Gudauri for winter festival, danced and sang songs and late at night they decided to run. It was end of February, so the ice had started to melt and when Tsangala and Gogona tried to run over the frozen river it broke down and this innocent couple was dead. But their love was so strong and so powerful that on the other day a bridge from flowers was established and from that day even strangers and people from other parts of world could enter the beautiful place of Gudauri. While crossing the river Tsangala felt on the other side of river and Gogona on the other, so their soul could not find each other and they became vagrant souls, wondering in the mountains of Gudauri.

From that day every winter in middle of February their soul settles in whoever crosses the bridge and visits Gudauri and their spirit forces people to ski on the mountain slopes, to dance and sing and enjoy being in Gudauri, everything that they weren’t able to do together. At the end whoever is able to do everything and especially sing the folk song »Tsangala da Gogona» will help this vagrant souls to meet each other and to find peace.

So don’t miss the chance:

To step in the mysterious wonderland called Gudauri ,

To become the successor of this legend.

To Have fun in mind-blowing atmosphere and try out new challenges,
To create your own legend.

If you have question don’t hesitate ask here : wu.tsangalagogona@gmail.com