Mesa redonda «Earth is our business» 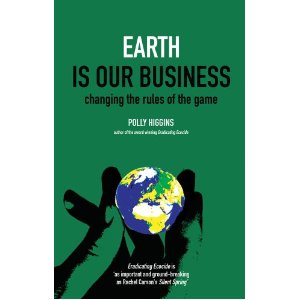 Right after Rio+20, AEGEE-Europe organized a round table discussion on the Ecocide law proposal, which aimed at tackling the unjust violation of ecosystems through human agency. The speakers of the roundtable brought examples of sustainable management of our environment, where also the importance of youth in the future steps for solving this issue, was brought to the table. Representatives from NGOs and the European Commission brought together various different opinions and positions for a common interest; ensuring environmental protection on an ever more crowded planet.

The keynote speaker of the roundtable was Polly Higgins, a barrister, author and creator of new laws to protect the Earth who presented the concepts of the Ecocide: the extensive damage to, destruction of or loss of ecosystems.

Higgins was then followed by Prof. Dr. Mustafa Akaydın, the Mayor of Antalya Metropolitan Region, who presented the sustainable development strategies of the city of Antalya and its surroundings. One of the most remarkable achievements of this development is the Antalya Solar House and Ecological Education Center, which uses various sustainable technologies, like solar panels, green roof systems, and thermal heat recovery systems to sustain itself. Furthermore, the house provides trainings to the students of the city on sustainable matters.

The roundtable was also attended by Emir Kır, State Secretary of the Brussels-Capital Region responsible for Urban Development and Environmental Maintenance Minister who talked about how the vast Capital Region is tackling the challenges of reducing greenhouse gas emission by 30% till 2025.

The line of speakers was concluded by Mathieu Soete, Speaker of the Environmental Working Group of AEGEE-Europe, who was the delegate of AEGEE at the Rio+20. Soete said, that youths role in the struggle for a sustainable future is well underestimated, taking into account, that the younger generation presents with itself as one of the most interconnected entities on the whole planet.

‘Today, when Europe is standing at a critical moment in its history by virtue of economic struggles, we, the European Students’ Forum, demand a Europe grounded on respect for the nature, human rights and economic justice.

Herein, deeply concerned with the unjust violation of ecosystems through human agency, we call for an action to pave the way for a green economy. In this regard, while declaring our responsibility, we will put our experience forward and support the European Citizens Initiative as a tool for participating directly in the development of EU policies and calling on the European Commission to establish a legislative proposal on this matter; a law of Ecocide.

In this process, while calling for a legislative proposal, AEGEE, a strong supporter and provider of non-formal education, will fulfill its responsibilities by training grass roots on sustainability and clean technologies and consequentially bridge the gap between the grass root and top down approaches that are equally required.’