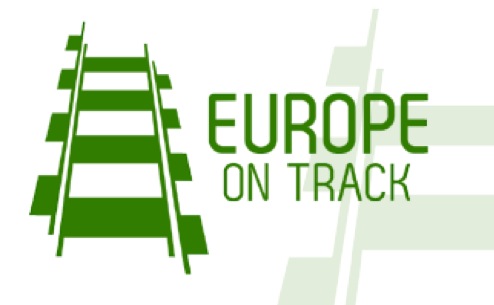 Aim of the project

The aim of the «Europe on Track» project is to capture the opinion of young people about the future of Europe. At a time when the idea of Europe is being questioned, we think it is important to ask its youth what is it that they hope and expect from the Europe of tomorrow.  As a youth platform, we think it is fundamental to give voice to the young generation, in order to take their opinion, their realities and their wishes into account.

Who, where and how?

Six young Europeans will be selected, and later divided in two teams according to the geographical regions they will cover. The objective is to get the opinion of youth in as many European cities as possible, about what tomorrow’s Europe should look. The team members will make their way mainly through the cities where AEGEE is present, travelling by train.

Thanks to AEGEE-Europe’s partnership with Interail, each person of the team will get a 1st Class One Month Global Interrail Pass, and together, they will be travelling for a month around Europe.

The project will be launched officially at Agora Budapest.

There will be two teams of three members. In each team there will be:

Each team will be responsible for documenting together the opinion of young people on the Europe that we want for their future. They will be asked to collect as many interviews, pictures, and videos as possible, in order to reflect what is the reality of young people nowadays, and what is it that they are asking for.

The trips will take place between the Agora Budapest and the end of 2012.  During each stop-over at cities with AEGEE locals, the team will be filming, taking pictures and interviewing AEGEE members and other young Europeans.

AEGEE is a platform for young people to become active European citizens, by developing and expressing their own ideas, discovering new realities, and meeting young people from the whole continent. We would like to give young people the opportunity to explore Europe in a very concrete way, by provoking intercultural meetings and discussions.

The six lucky Europeans who will take part in this initiative will have a lifetime experience and will be given a unique chance to discover the reality of several european countries and of its citizens.

This is a great opportunity to actually approach the members of the organisation as well as develop the following materials:

– Create a video gathering young people’s opinion about the future of Europe
– Gather enough material, videos, pictures, interviews in order to prepare an official AEGEE video
– Use the above mentionned material is order to create a documentary about AEGEE

Therefore, AEGEE-Europe is officially launching a call for enthusiastic young people with the necessary skills and who are available to travel all over the AEGEE network during the period of one month, between the beginning of November and the end of December. During the preparation of the project and the realization itself, team members will be supported by a member of the Comité Directeur, in terms of thematics, contacting AEGEE locals etc. Participants will be also required to keep the AEGEE Network updated through one of the common communication channels of our organization.

If you think this Open Call fits with you, please submit your application until 20th October through the following form: http://goo.gl/eZMd1

Feel free to attach files or include a link to your work, as that will help us evaluate your candidature.

In case of any questions, do not hesitate to contact us at headoffice@aegee.org.