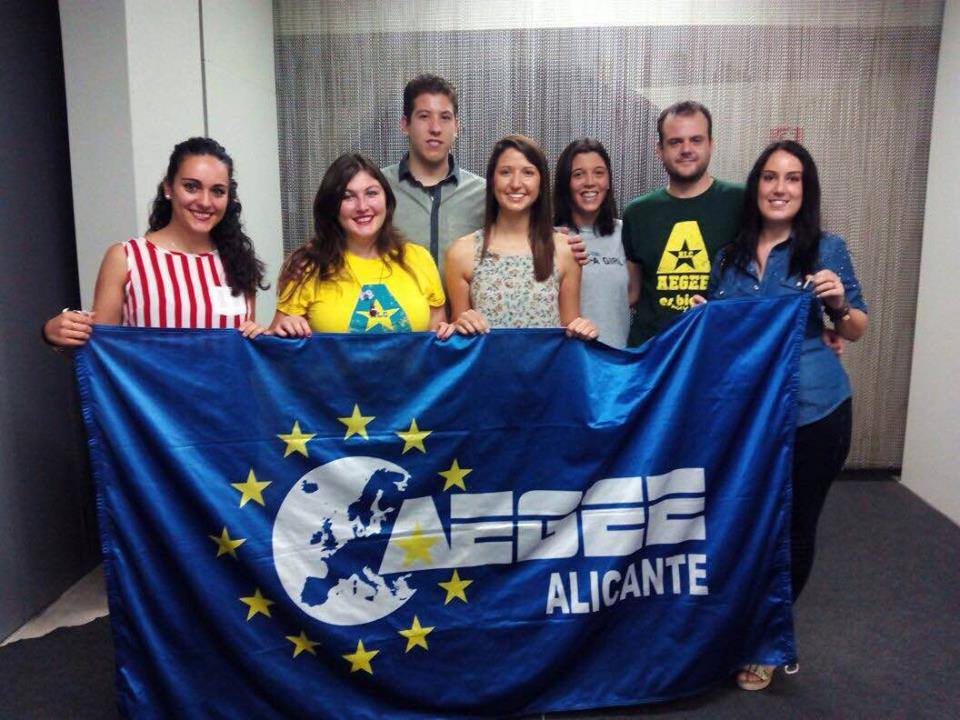 + Meet the AEGEE-Alicante Board 2014/15 +GT: Who is having which tasks in the new board?
President: Melissa Carreres Candela
Secretary: Mar Vamas
Treasurer: Lorena Aminomemarees
Advisory Board: Guille Maciá Díaz
Board members: Álvaro Muñoz, Elene Kala y Maria Sanchez Galvañ
GT: How many board members are new? Who continued from the previous board?
Melissa Carreres: We have three new members in the board: Álvaro, Elene and María. Two of them were helpers in our SU. Mar and I were board members last year and Lorena and Guille have been nominated recently as honorary members by our antenna, so we have a really powerful board.GT: When was the election?
Melissa Carreres: The election took part last 25 of October. We organised a local agora where the elections took place.GT: How many members has your antenna?
Melissa Carreres: Currently, we have 105 members in our antenna.

GT: What are the biggest plans of your new board?
Melissa Carreres: We have several plans for this year. Mainly, we would like to do a great recruitment to make our antenna bigger. Another goal is to encourage our current members to become more active. Since now, we have a great and motivated team, so we would like to keep on going with different projects at local level and also to start new ones; we would like to organise different events and to start to think about the European level – although we have already some members who are working in different European projects. And taking into account that we achieved the recognition as the second best SU of 2014, what about becoming the best SU organiser next summer?